After my last post, I was compelled to paint this picture. And I’m also compelled to admit in the spirit of pure honesty, I’ve never really done an Esther Williams-type swim with crocodiles. It was more like, while I was lolling in warm salty water, I heard a muchacho say, “hey, señorita, don’t go swimming in there. There might be crocodiles. ” And then I heard gales of laughter. And one afternoon I swam in a lake where, later that night, I would go hunting crocodiles. Or maybe we were hunting alligators. I’m not sure. At night, in the liquid black water, I could see shining eyes of some large critters.  But the only thing we  caught was the last round of beer at a local cantina.

But the illusion of danger was still there. And there’s something about that type of risk that makes a person feel free.

I have floated through cathedrals of mangrove roots among clouds of seahorses, I’ve snorkled over forests of coral and scared a baby barracuda. But those toothier denizens of the agua?  We’ve never come face to face. But I’ve flirted from a distance. 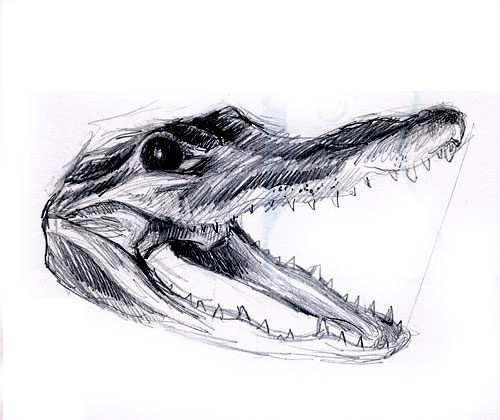 All work on this blog is copyrighted by Margaret Sloan. I don't steal from you. Please don't steal from me. If you'd like to use something you see here, please contact me. We can work it out.
%d bloggers like this: